My curiousity was piqued recently when I saw that An Síbin pub, up at Vicarstown Cross, won the award for Best Local Pub in the Irish Pub Awards 2019.

It made me wonder how many pubs were in the parish and surrounding areas over a hundred years ago compared to today.  While the general population has increased drastically it would appear that there has been no growth of new public houses in the DEDs of Matehy and only one new pub in Blarney since 1901.

The population of the greater-Blarney area is over five and half thousand during the 2016 census; a huge increase from the approx. three thousand population in 1901. But what hasn’t increased is the number of pubs! There was two pubs in Vicarstown, two pubs in Cloghroe, two in Tower (I love that the enumerator recorded Tower Town in 1911!), one pub and two hotels in Blarney were recorded in the 1901 census.

And that is pretty much the same number of public houses today, with the addition of Malones in Blarney.

Below are some details on the pubs from the two census returns in 1901 and 1911 and the people who were recorded as living in them at that time.

I am unsure which of these two pubs are An Síbin and The Strand nowadays; if anyone has any idea I would love to know which is which. Update – thanks to Niamh I now know that An Síbin is the pub which Michael Richardson was running.

And I may have had a drink or two in The Strand in my wedding dress a few years ago! 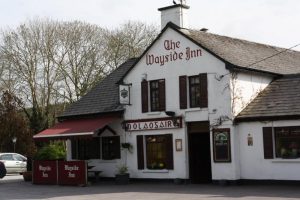 1901 – David O’Leary is head of the family here in this house with 7, 8 or 9 rooms, his sister Maggie is living with him and is recorded as the housekeeper and they have one servant. And again in 1911; this is the pub which is known as the Wayside Inn. 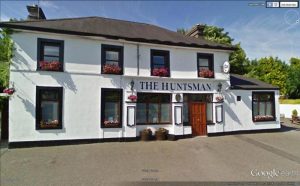 1901 – Eliza Byrne, a widow, is living here with her 12 year old daughter, 10 year old son and a housemaid, 5 or 6 rooms, this is more than likely what is still known today as the Huntsman.

1911 – George Busteed is head of the family, with his grandson James and a bar maid and servant, 2, 3 or 4 rooms, landlord Mr Barter.

1911 – Mary Ambrose is joined by her brother Michael Ambrose in the pub, this is probably what is now known as Aunties Pub, previously it was The Sportsman’s Rest.

It is possible that I have mixed these two pubs up, if anyone knows for sure that Eliza Byrne was running what is now the Huntsman or the Sportsman’s Arms I would love to know.

1901 – Margaret Meany in Knocknasuff, a pub that had 10, 11 or 12 rooms. Margaret was a widow with nine children living in the house in 1901 and also had four house and farm servants. 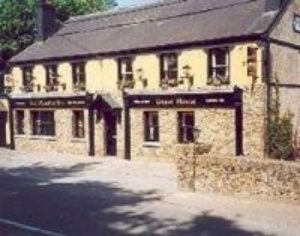 This is more than likely The Waterloo Inn.

1911 – there is no record in this census of a pub in Knocknasuff but Margaret Meany is still listed as a publican, the house she is living in is recorded as a “Private Dwelling” but looks to be the same building as recorded in 1901. 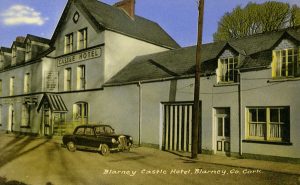 1901 – in the Square in Blarney village is the Castle Hotel, at the time owned by Sir George Colthurst, is being run by George Smith and his sister Anne. Staying  in the hotel overnight is a family relative and two servants.

1911 –  and in this year Anne Smith  is now listed as the Head of the Family. It would appear from the census returns that there was just two servants staying overnight in the hotel and no guests. 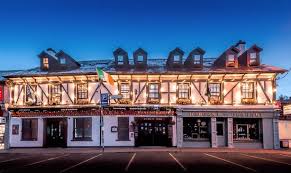 1911 – also in the Square was, what was known as Corkeran’s Hotel and now known as the Muskerry Arms, was the other pub which was also owned by Sir George Colthurst. John F. Corkeran, farmer and hotel proprietor, lived in the hotel with his wife Ellen, three children and two servants.

Somebody with more knowledge would be able to analyse the steady trend of these pubs and hotels remaining in business for over a hundred years old and were not affected like many of the rural, and urban, pub closures that have occurred over the past decade. All of these establishments have provided great service and entertainment over the years and with a bit of luck there will be someone analyzing how these businesses are still in operation in another years time!