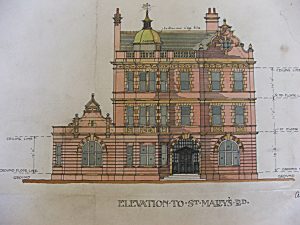 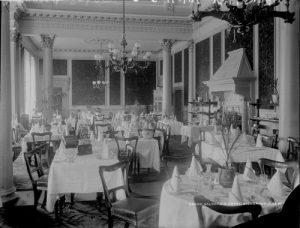 Dinner in the grand dining room of the Hydro Hotel on the 31st March 1901 would have an interesting event, between guests who were Justice of the Peace and dental surgeons and wealthy enough to live off dividends the dining room would have been full of successful, wealthy and well connected diners. Also, as I have discovered, quite a few of the guests, including this one, were Freemasons.

This particular guest was an extremely successful architect, whose work we all see on a regular basis, those of us who live in Dublin that is! 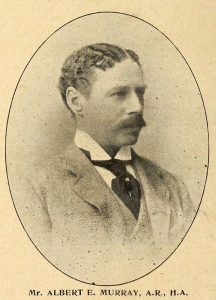 Albert Edward Murray was the third generation in a family of architects, the Murrays were originally from county Armagh, a family of Scottish origin. Alberts’ father and grandfather were successful architects and Albert followed in their footsteps.

Some of the buildings which he designed include a wing on the Rotunda Hospital, Royal City of Dublin Hospital, better known as Baggot Street Hospital, and rebuilt the Leper Hospital in Waterford, the Nurses Home for the Adelaide Hospital (now the very successful Dylan Hotel) and others. When Queen Victoria visited Dublin in 1900, Murray was responsible for the decorations in Sackville Street and also for those in Clyde Road.

Albert lived in number 2 Clyde Road in Ballsbridge and when researching this I found an article on the recent sale of the house; needless to say it is magnificent and I could only look at the beautiful pictures and wonder what was it like when Albert lived there.

Albert was a bachelor in 1901 and he married the following year to Amelia Johnston. Their first child, Annie, was born in 1904 with Albert making an appearance a year later  1905.

What a glorious house it must have been for those children to grow up in.

Albert died in 1924 in Dinard, France at 61 years of age. Dinard hosted a resort which became popular with the British wealthy who built magnificent villas on the coast. Dinard rapidly expanded and became one of the most popular seaside resorts in Europe. It started declining in the 1930s when the fashionable social set started preferring the Côte d’Azur. Today, Dinard is considered as one of the most “British” of sea resorts in France, however it has retained its French charm. 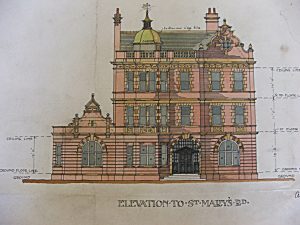 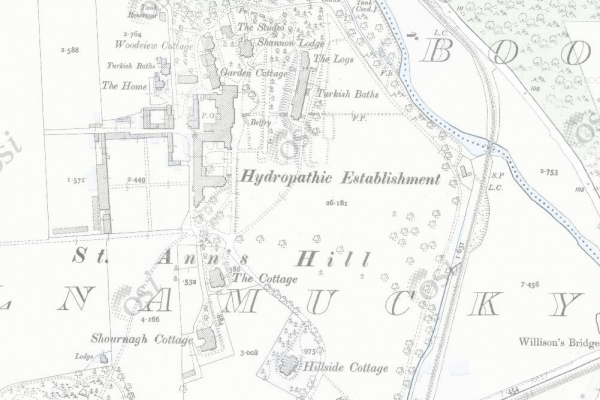 History as long as the bar counter