I came across this tweet today and I found it very moving; a description of how Irish place names are rooted in the landscape but yet, as one of the comments beautifully puts, have been subject to”Anglicization and turned into gibberish”.

So needless to say I turned my attention to some of the place names near me here in Tower; which is the English version of Temayr, which  essentially means an elevated spot commanding an extensive view. I find it hard to reconcile this as Tower itself is low-lying, at a cross-roads between a number of valleys.

So the very first address I ever had was Coolflugh; which is derived from Cúile Fliche, which when translated from Gaelic to English basically means the “the wet corner/patch/angle”.  Once upon a time this area must have experienced quite a lot of flooding and boggy patches to earn that name. The area doesn’t seem to flood very often these days. 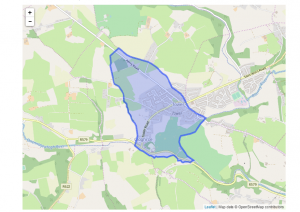 Nearby then is Cloghphilip, roughly translates as Philip’s stone (or stone house), Philip’s castle. Cormac McCarthy, who built the very famous nearby Blarney Castle is also reputed to have built Cloghphilip Castle which unfortunately is only a bare ruin today, completely overgrown with weeds and brambles. 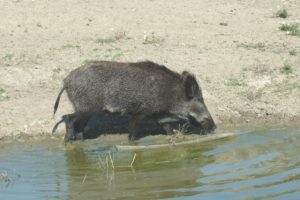 The castle stood above a dense wood, known as these days as Kilnamucky, where the famous St Ann’s Hill Hydro was built. Kilnamucky is a literal translation of Coill na Muice;  wood of the pigs/swine’s wood. It is said that these pigs were in fact wild boars that  roamed the woods, much depleted these days. There are no wild boar in Ireland today; there was reports of wild board sightings in 2014 but according to the Department of Agriculture they were in fact “feral pig-hybrids”, not a very comforting thought really!

Heading across the road from Kilnamcuky is Boolypatrick,  Bhuaile Phádraig  which is translated as Patrick’s Booley or mountain dairy. Unfortunately I have no idea who the original Patrick was or where the Booley was situated.

Bordering Boolypatrick is the beautifully named Bawnnafinny;  Bán na Finny which is the literal translation of the green field of the white cow. Isn’t that a fantastic name for an area? This is my favorite naming, I can see that the Bawnnafinny area is good for cattle, rich green rolling fields and it is very easy to imagine a white cow slowly chomping in peace in the middle of one such field. Growing up this area was known to me and my friends as “up beyond the hockey pitch” but I think that we will revert to the original Gaelic name, it is beautiful. 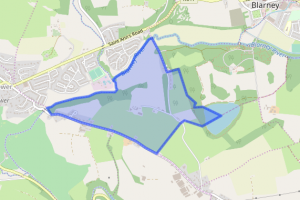 Moving over towards Blarney there is Clogheemilliocn, which today is home to a nature sanctuary and hiking trail. The group, Blarney Brand, were awarded a grant during the summer of 2019 to make improvements to this much loved amenity, their FaceBook page hosts a gorgeous video of the fen and the wildlife here. Clogheenmilicon is translated from Chloichín Míolchon which means little stone of the greyhounds, not sure what that means but it is quite a nice name!

Coolowen is literally Chúil Eoghain translated from Owen’s corner or angle and one of my favourites is Curraghnalaght, bordering Clogheenmilicon, from Churrach na Leacht – moor of the monuments, which today is better known as Stoneview. Going to secondary school in Blarney I had friends who lived in Monacappa and I never knew that the name comes from Móin na Ceapaí, a literal translation of bog of the plot or bog of Cappagh, basically a tillage plot.